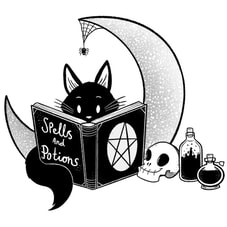 Most works are arranged from most recent to earliest, though I've decided to organize the short stories by theme.
Books

Below is a catalogue of my published long-form work. Under each summary is a content warning for those who need it.

Note: My three horror novels and most of my short works were published under a different name.
Rabbit Heart

Now on Audible!
Rachel, after many, many years, has found love in the form of Marcus and Linda; the fact her adoptive parents are serial killers with a little penchant for cannibalism now and again makes everything a lot more complicated. Basically, if NBC's "Hannibal" were a Southern Gothic family drama.
Genre: Horror/Thriller

​Content warning: Death; rape; grief; PTSD; abortion operation; suicide (unsuccessful attempt by hypothermia); cannibalism; mention of racism and homophobia (in a negative light)
Birds in a Cage
​
​Paperback | Kindle
Sequel to Dove Keeper and 84% gayer. Birds in a Cage is about Marcy, the executioner's daughter, solving a murder mystery in WWII France where women are being drained of blood in their bathtubs. She also has to connect back to her past and the two mysterious women she once had a polyamorous romance with.

Content warning: Death of family member; sexual trauma; grief; PTSD; Nazi occupation; racism and anti-Semitism (mentioned in a negative light)
Dove Keeper
​
Paperback | Hardcover | Kindle | Audiobook
Dove Keeper is a historical Gothic horror novel from the perspectives of three women who must contend with unspeakable horror in a dilapidated manor in WWI France. The story has been compared to The Others and Crimson Peak, and it also has shades of the macabre fairy tale "Bluebeard."

On Halloween 2022, "Vena Amoris" will come out! It's currently available for pre-order. If you're a fan of Angela Carter's lush and sensuous prose as well as the hazy eroticism and dream-logic of Seventies sapphic vampire films, this one is for you!

I will warn that if blood is not a kink you're remotely interested in even in a fantastical sense, this one isn't for you. Otherwise, enjoy!
Penny Bloods & Flowers
That night the Baron dreamt of many a woe; / And all his warrior-guests, with shade and form / Of witch, and demon, and large coffin-worm, / Were long be-nightmared. -John Keats

Stories based on nineteenth-century Edwardian and Victorian works, often with an LGBT element.

✿ "Oscar Wilde and John Keats in a Cemetery, Spring 2019" (Marias at Sampaguitas, 2019): Exactly what it says on the tin. Your average nineteenth-century vampire boyfriends visiting Oscar's grave in France.

Romances that are dark, melancholy, but also gentle.

✿ "A Perfect Red" ​(Eldritch Journal, 2020): ​A young woman in a cursed Southern town must decide whether to let her newborn be sacrificed.

✿ "The Girls from Nothing" (Shades of Pride, TL;DR Press, 2019): Two women from H.P. Lovecraft's short stories, Asenath Waite ("The Thing on the Doorstep") and Lavinia Whateley ("The Dunwich Horror"), explore their trauma together.

Queering Greek Mythology
If you forget me, think of our gifts to Aphrodite / and all the loveliness that we shared / all the violet tiaras, braided rosebuds, / dill and crocus twined around your young neck / myrrh poured on your head / and on soft mats girls with all that they most wished for beside them -Sappho

Stories inspired by Greek mythology that mostly have queer interpretations of some of the relationships, such as Scylla and Circe and Hecate and Persephone. Some of these are not explicitly romantic but take place in the same universe.

✿ "Scylla and the Witch" (Marias at Sampaguitas, 2019): A take on the Greek myth of Circe and Scylla.

✿ "Andromeda" (Marias at Sampaguitas, 2019): A brief retelling of the sacrifice of Andromeda.

How Awful Goodness Was
Abashed the Devil stood, And felt how awful goodness is, and saw Virtue in her shape how lovely—saw, and pined His loss -John Milton Paradise Lost

These pieces take place in the universe of my contemporary fantasy series picked up by Scarsdale Publishing. The work is focused on a young trans woman named Sib and Satan, the Devil. The stories range from brief character pieces to explorations on the romance between Judas and Satan.

✿ "Exercise" (Marias at Sampaguitas, 2021): The archangel Michael bench-presses away his feelings after Satan's fall.

✿ ​"Birthday Flowers" (Marias at Sampaguitas, 2019): Satan does something special for Judas.

✿ "The Stygian Home for Cats, Goats, Human Spawn, and Miscellaneous Sacrifices" (Kindred, TL;DR Press, 2019): Yet another Judas/Satan story leading into my eventual series. As part of a "family" prompt, Judas and Satan visit an orphanage in Limbo with an absurdly long name.

✿ "The Worst Husbands in All of Eternity" (Vamp Cat Mag, 2019): Two guys in Hell named Judas and Satan find love in all the wrong places, and it's awesome.

Short stories about an executioner and his family.

✿ "Another World" (Marias at Sampaguitas, 2020): Marcy contends with the death of her mother.

✿ "Sea Sick" (Marias at Sampaguitas, 2020): A young mother cares for her daughter.

✿ "Ghosts" (Marias at Sampaguitas, 2019): An executioner grieves a loss.

Eat Your Heart Out

Stories that don't quite fit in with the rest.

✿ "Rebirth in Yellow" (Marias at Sampaguitas, 2019): A personal look at how tree leaves dry out in heat.

✿ "Through the Dark Woods" (Marias at Sampaguitas, 2019): A fictional exploration of abuse survival through dark fairy tales and myths.

✿ "The Witch's Daughter" (Marias at Sampaguitas, 2019): As the title suggests, a daughter and her witch mom.

Abandon
(itch.io, 2020)
​A single-player fantasy-adventure RPG set in Hell. Like Dante's Inferno, but slightly more wholesome. And you can pet the cats. You can download it for free here!
Powered by